Why dropping the F-bomb may help relieve Pain… 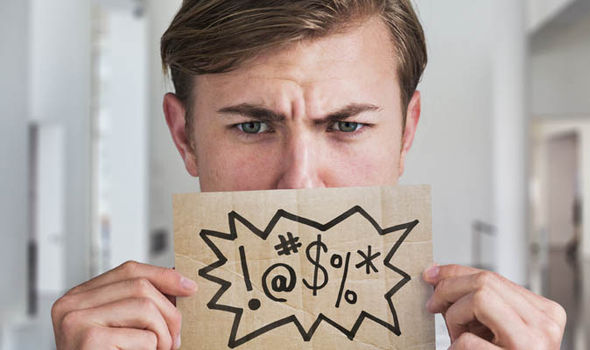 Research done by the sciencey people interested in pain at Keele University, suggests that having a potty mouth may actually help in reducing pain!

In this study, students were challenged to keep their hands submerged in ice cold water for as long as they could. The participants were split into 2 groups: one was instructed to repeat a mantra of neutral words; while the other was encouraged to curse their way through the icy challenge.

The results? The students who let the profanity flow reported less pain; and on average, managed to endure the freeze for 40 seconds longer!

In order to explain this profanity-induced analgesia, scientists have looked to the brain. Using fancy neuro-imaging studies, they are able to see the areas of the brain used under various conditions, tasks, and circumstances. When the brain is viewed during swearing, an area known as the Amygdala lights up like a Christmas tree.

The Amygdala is the part of the brain where emotions and memory are processed and interpreted. It also plays an important role in triggering the “Fight or Flight” response; a protective, automatic response of the nervous system that is triggered when we are in danger. When the Fight or Flight response is triggered, heart rate rises, pupils dilate, blood rushes away from your internal organs, towards your muscles…and you become less sensitive to pain. It is a specially designed self-protective mechanism orchestrated by your brilliant brain to gear up your body up to either run away from danger or fight it off!

So, the link. When we allow words of filth to flow from our mouths as a response to sudden fear or injury; it is decoded by the Amygdala as a verbal effort of the “fight or flight response” to fight off something threatening (whatever is hurting you), thus resulting in a numbing of the pain. In other words, eloquently stated by Richard Stephens (who led the study): “I would advise people, if they hurt themselves, to swear.”

Before you give yourself absolute permission to indulge in f-bomb dropping, it should be noted that the Amygdala is also responsible for processing memory. As you may have heard, plasticity is the name of the brain. This means that it is able to change, re-wire, and learn with repeated exposure. Thus, the more you swear, the more your brain becomes used to swear words, the less their use is decoded as a threatening situation and the less their ability to help reduce painful sensations.

For me, this little nugget of information is far more important than allowing me to give a couple guilt free sh#!ts. It provides yet another window into the great complexities of the brain and the power of the words you speak, beliefs you believe and thoughts you think! The intricacies of pain and the way it is processed in your brain are unfathomable, with over 400 centers actively involved in creating painful sensations!

Perhaps it is time we start appreciating the brain as the powerhouse it really is, and accept that our words, thoughts, beliefs, and actions play a rather large and vital role in the way our brains process information. Or, at the very least, save your sh#!t for when you really need it!