You might not know it, but the way you are breathing might be contributing to your back pain! 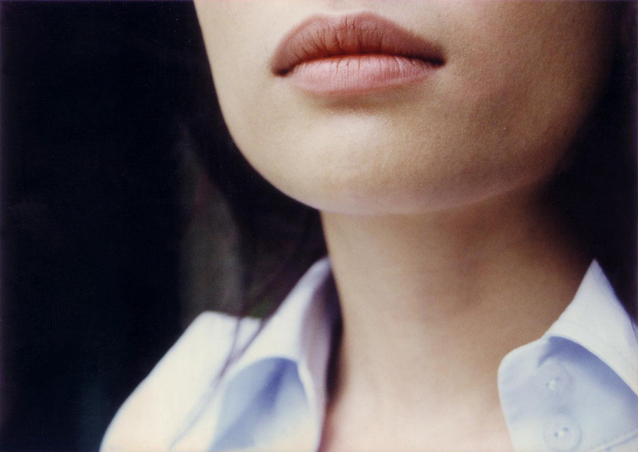 The primary muscles used during breathing are the Diaphragm and the External Intercostals.

The Diaphragm spans across the thoracic cavity forming a dome-shaped muscle beneath the lungs which act as the roof of the core. It is the most important muscle of inhalation, responsible for about 75% of the air that fills your lungs! During Inhalation, the Diaphragm contracts causing the dome shape to flatten downwards, thus increasing the volume of the lungs and decreasing the pressure within them (In accordance with Boyle’s Law for all you science buffs). This causes a difference between the pressure within the
lungs and the atmospheric pressure, providing the perfect conditions for air to flow into the lungs. Conversely, on exhalation, the diaphragm relaxes and recoils, its dome-shaped curve is reinstated and it moves upwards. This decreases the volume and increases the pressure within the chest cavity causing air to flow out from the lungs to the external environment.

The second most important breathing muscles are the External Intercostals. They contribute to expanding the thoracic cavity by causing the ribs to elevate, leading to an increase in the size of the chest both from front to back and side to side. These muscles contribute about 25% of the air entering the lungs.

Research has shown that deep abdominal diaphragmatic breathing does not only provide the most healthy functional breathing movement pattern but also that effective recruitment and contraction of the diaphragm significantly contributes to postural functions and lower back stability.

How you may ask, does this breathing muscle help with lumbar stabilisation? The answer is simple. During contraction, the intra-abdominal pressure increases as the dome of the diaphragm flatten and descend, thus increasing the healthy kind of stiffness in the lower back. It is now widely thought that the respiratory movement of the diaphragm is actually synchronised with its stabilising function.

Unfortunately, many people tend toward shallow chest breathing whereby they rely mostly on the External Intercostals and accessory breathing muscles to gulp down that much-needed air. This kind of breathing is known as “Paradoxical Breathing”.

During paradoxical breathing, there is dysfunction and deconditioning of the Diaphragm resulting in poor, sub-optimal lumbar stability. This leaves the lower back vulnerable to injury from compressive loads that it would otherwise be guarded against if the diaphragm were working as it should. It also leads to overloading of lower back spinal segments due to over-activity of superficial spinal extensors which overwork in an attempt to compensate for the poor diaphragmatic function. Recent studies have now shown a link between sacroiliac pain (pain in the joints that connect your spine to your pelvis), and impaired recruitment of the diaphragm and pelvic floor. As such, it is reasonable to assume that people with an impaired ability to contract the diaphragm to achieve lumbar stability are at an increased risk of developing back pain.

Furthermore, when the diaphragm is not recruited correctly, extra stress is placed on the accessory breathing muscles to try increasing the volume of the chest cavity enough so that inspiration can occur. This can lead to overuse, strain, and shortening of these muscles which commonly refer pain to the neck and may even contribute to certain headache syndromes.

To assess for yourself whether costal breathing predominates, simply watch yourself breathing in the mirror. Shallow chest breathing is confirmed if your chest visibly moves upward and outward during inspiration.

Luckily there is a wealth of knowledge which allows for accurate assessment of breathing patterns, and if necessary, effective re-conditioning and strength training for that all-important diaphragm! If you have been struggling with back and neck pain and think it may be related to abnormal breathing patterns, visit a manual therapist you trust and just breathe!

Chiro Dynamics, let’s get you moving (and breathing) right!

Call Now Button
We use cookies on our website to give you the most relevant experience by remembering your preferences and repeat visits. By clicking “Accept All”, you consent to the use of ALL the cookies. However, you may visit "Cookie Settings" to provide a controlled consent.
Cookie SettingsAccept All
Manage consent

This website uses cookies to improve your experience while you navigate through the website. Out of these, the cookies that are categorized as necessary are stored on your browser as they are essential for the working of basic functionalities of the website. We also use third-party cookies that help us analyze and understand how you use this website. These cookies will be stored in your browser only with your consent. You also have the option to opt-out of these cookies. But opting out of some of these cookies may affect your browsing experience.
Necessary Always Enabled
Necessary cookies are absolutely essential for the website to function properly. These cookies ensure basic functionalities and security features of the website, anonymously.
Functional
Functional cookies help to perform certain functionalities like sharing the content of the website on social media platforms, collect feedbacks, and other third-party features.
Performance
Performance cookies are used to understand and analyze the key performance indexes of the website which helps in delivering a better user experience for the visitors.
Analytics
Analytical cookies are used to understand how visitors interact with the website. These cookies help provide information on metrics the number of visitors, bounce rate, traffic source, etc.
Advertisement
Advertisement cookies are used to provide visitors with relevant ads and marketing campaigns. These cookies track visitors across websites and collect information to provide customized ads.
Others
Other uncategorized cookies are those that are being analyzed and have not been classified into a category as yet.
SAVE & ACCEPT