What you need to know about the spinning, and how manual therapy can help it stop! 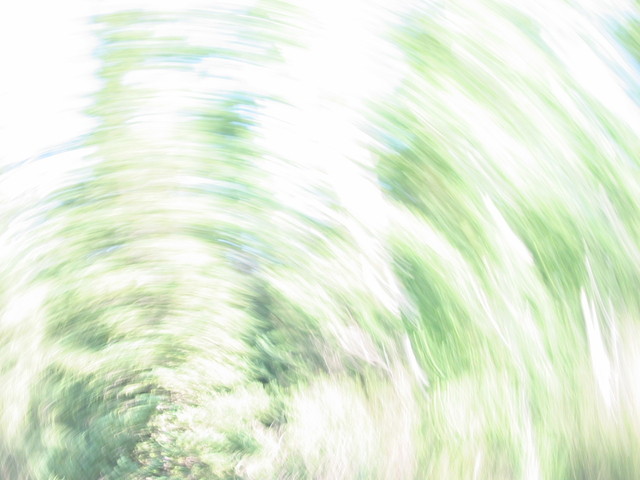 Information used by the brain to allow for balance and spatial orientation is provided by sensory input from proprioception (touch and joint position sense), vision (sight) and the vestibular system (gaze stability, head position, and motion, orientation in space). Vertigo and dizziness are common symptoms reported by patients to doctors during their visits and can be caused by a huge variety of different conditions affecting different systems within the body.

This article will focus specifically on vertigo resulting from a disturbance in the vestibular system, what causes it, and how specifically trained manual therapists (Chiropractors, Physiotherapists, and Occupational therapists) can help in its diagnosis and treatment.

First up, it is important to distinguish between the sensations of dizziness versus vertigo. Simply put, dizziness refers to a feeling of light-headedness, faintness or unsteadiness. Vertigo, on the other hand, has a spinning component and involves the perception of the word rotating around you or vice versa. Anyone who has ever had one too many glasses of wine before bed and then lay down to find the room spinning around them will be able to relate!

The vestibular system is housed in a bony case in your inner ear and is made up of a complex system of canals, ducts and highly specialised sensory cells.

The 3 semi-circular canals in each ear are specifically orientated so that each canal works as a pair with the opposing canal in the opposite ear, allowing synchronization between the ears.

A healthy vestibular system provides the best information about spatial orientation to the brain and can compensate for possible deficits in proprioception and vision.

So what causes problems in the vestibular system?

Two broad categories can be used to simplify where problems arise:

Central vestibular pathology is caused by problems in the brain or spinal cord which affect the vestibular system (i.e. stroke or insufficiency in the blood supply to various areas of the brain).

Peripheral vestibular pathology is caused by problems within the vestibular system itself, the nerve supplying it, or the surrounding tissues. Conditions here can range from tumors and bony problems to infection of the nerve and structural changes in the complex structure.

Although some of these conditions have serious implications, a large proportion of vertigo can be attributed to simple changes in the vestibular system that can be readily treated with positional head maneuvers and vestibular rehabilitation therapy (VRT).

One of the most common causes of vertigo is known as Benign Paroxysmal Positional Vertigo (BPPV). BPPV is found in up to 50% of individuals over the age of 65 with vertigo and increases in incidence with age. Recent research has shown women to be affected twice as often as men, although the reason for this is currently unknown.

In this condition, small crystals which belong otolith organs in the bony encased area in front of the semicircular canals, break off and make their way into one or more of the canals. This causes the affected canal to become sensitive to changes of head position relative to gravity and causes desynchronization with the opposite ear leading to a spinning sensation.

Once confirmed it is easily treated using positional head maneuvers in specific sequences which guide the detached crystals out of the canals where they are causing a problem. The maneuvers used to depend on the canal affected, and the most common is called “The Epley Maneuver”.

Head positioning maneuvers require a certain amount of bravery as they cause an exacerbation of the symptoms during the procedure which may last for a few minutes after treatment and leave you feeling a little woozy for a couple of days.

Correct diagnosis and effective treatment, however, ultimately results in an 80-90% cure rate! Many practitioners such as the extremely skilled and knowledgeable Richard O’Hara (with whom I received my training and gained much of my knowledge in this field) now run successful practices where a large proportion of the patients they see are successfully treated for BPPV.

Usually there is recurrence within 3-12 months, however, the rate of recurrence drops with each subsequent treatment.

Certain other causes of vertigo can be effectively treated using various VRT’s when appropriate.

Due to the wide array of pathologies that can potentially cause vertigo symptoms, a thorough history, neurologic exam, oculomotor testing and gait assessment is essential in the assessment of people suffering from dizziness and vertigo in order to correctly identify the cause. Furthermore, it is not uncommon for individuals to be affected with more than one cause, often requiring a multi-disciplinary approach.

Nevertheless is it encouraging to know that in many cases when the cause is found to be benign, treatment is safe and incredibly effective!

If you are personally struggling with vertigo or any of the symptoms mentioned in this post, or if you know of someone else battling with the spinning, it is definitely worth finding a trained manual therapist you trust to take you through a thorough assessment and determine whether VRT or positional head maneuvers are appropriate for you!

Stop spinning, find your balance and get back to moving the way you should!

Call Now Button
We use cookies on our website to give you the most relevant experience by remembering your preferences and repeat visits. By clicking “Accept All”, you consent to the use of ALL the cookies. However, you may visit "Cookie Settings" to provide a controlled consent.
Cookie SettingsAccept All
Manage consent

This website uses cookies to improve your experience while you navigate through the website. Out of these, the cookies that are categorized as necessary are stored on your browser as they are essential for the working of basic functionalities of the website. We also use third-party cookies that help us analyze and understand how you use this website. These cookies will be stored in your browser only with your consent. You also have the option to opt-out of these cookies. But opting out of some of these cookies may affect your browsing experience.
Necessary Always Enabled
Necessary cookies are absolutely essential for the website to function properly. These cookies ensure basic functionalities and security features of the website, anonymously.
Functional
Functional cookies help to perform certain functionalities like sharing the content of the website on social media platforms, collect feedbacks, and other third-party features.
Performance
Performance cookies are used to understand and analyze the key performance indexes of the website which helps in delivering a better user experience for the visitors.
Analytics
Analytical cookies are used to understand how visitors interact with the website. These cookies help provide information on metrics the number of visitors, bounce rate, traffic source, etc.
Advertisement
Advertisement cookies are used to provide visitors with relevant ads and marketing campaigns. These cookies track visitors across websites and collect information to provide customized ads.
Others
Other uncategorized cookies are those that are being analyzed and have not been classified into a category as yet.
SAVE & ACCEPT